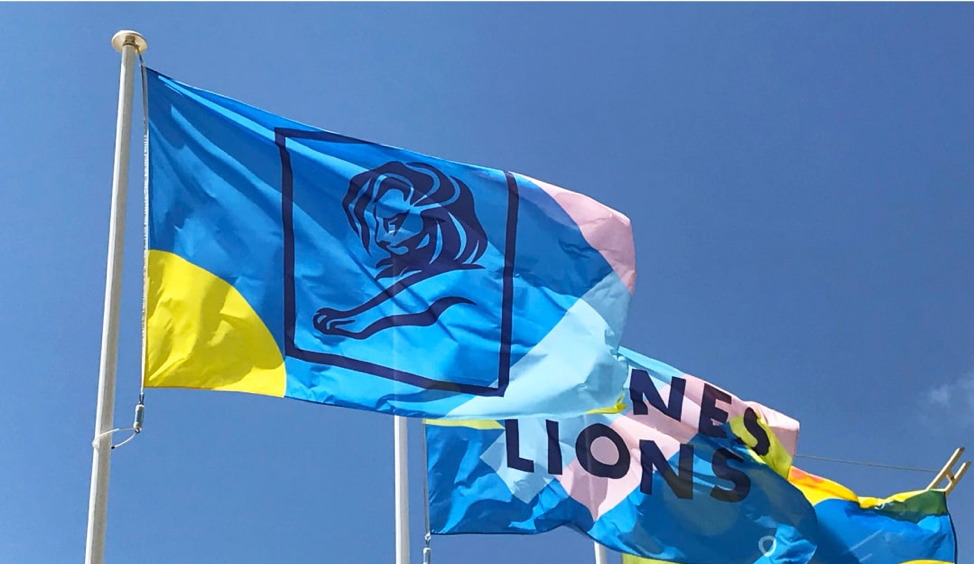 We’re back to reality, or at least trying to come to terms with reality, given the truly exceptional experience we had over a period of 5 days at the Cannes Lion International Festival of Creativity. It’s been both an honor and a dream to represent our country in what we love to do; design, and are proud to be able to share the experience.

Our main reason for attending the festival was to compete as Young Lions in the Design category for Team Ireland, but of course, we wanted to fuel our hungry brains with words of wisdom from the best-of-the-best in the industry. We heard from Kate Rand, head of HR at design company Beyond, orchestral composer Max Richter, Japanese organising consultant and author Marie Kondo, and Nick Law, to name but just a few.

The selection of speakers at the Cannes Festival offers insights into a wide variety of disciplines, but what we found consistent from them all, is to keep things simple. Trust the process. There will be days when we will hit blocks. Creative blocks. It’s okay to have these days. It’s the brain striving to achieve more. Trying to be better. And if you want to be better, you will naturally become so.

We were inspired, that’s for sure and we had an opportunity to put the good vibes to use over the week. Below is a brief account on what we did each day.

Monday: We woke pretty early Monday morning, excited by the sunshine that crept into the room through the parting of the curtains, and the pastries that awaited us downstairs for breakfast. From there we went to the Palais where we registered for our pass and were gifted the 2019 tote bag with a sustainable water bottle. What we found interesting about the first feel of the festival, is the push and promotion of sustainability. Over the course of the festival, we learned that a good number of the briefs were from WWF, tackling the issue of climate change.

While we had a few hours on the Monday, we dedicated our time to absorb the inspiration from the speakers we mentioned above. The talks were spread across The Palais, some in The Auditorium, some in the intimate breakout space of The Basement, and others were outside on The Terrace – which happened to be our favourite space.

Being able to tune into the discussion of the panel, but soak up the glorious sunshine made us feel guilt free. It was tough being indoors on occasion we must admit.

Later in the day we found time to take a swim in the sea, refreshing to say the very least. Afterwards it was back to having dinner, a glass of wine, and then networking at the official festival opening party.

Tuesday: “…And so it begins”, muttered Dylan, as he woke with a sense of uncertainty of his surroundings for the second day in a row. It was the morning of day one of the competition. We were ready. We had to be. Off we went to our briefing, which lasted the best part of an hour. Indepth. Thorough. You could even say it was motivating. The client, WWF, certainly got us in the competitive spirit. As soon as we were left to begin our research, we went for lunch to debrief and gather our initial thoughts. It was after this, back at the hotel, where the real work began and the creative juices were flowing.

Wednesday: We were up bright eyed and bushy tailed from 5.30am discussing our idea once more, and confirming we were happy with everything. Needless to say, there would be changes.

We arrived at our designated Team Ireland design booth, successful only on second attempt. We actually plonked our bags at the Digital Design booth first. It was when the login didn’t work that we quickly scattered.

With only the one computer to work with between the two of us, it was only natural we were at each others throats throughout the day, laughing it off two minutes later. We were semi-used to this process, having completed the competition in Ireland for IAPI. However, the rules were strict. We couldn’t use a second device under any circumstance. Everything was being monitored. It made it quite a challenge, but a fun experience all the same.

There were some tense moments, moments where one of us would walk away to give the other space. This worked wonders. We returned with a clear state of mind, being able to produce constructive feedback on the progression.

The lunch buffet was a welcomed sight. We had been so engrossed on the computer, it was time to take a break. We discussed our progress, reflected on our plan of action, and arranged next steps. The minds were clear and sharp once again, for the 7pm deadline that was only around the corner.

After we submitted that evening a rush of relief swept over us. It felt surreal. On screen read “Entry submitted for Ireland, Design!”. What had been an eagerly awaited few months in the build up to this, felt like it concluded at the click of a submission button. “Pint?” asked Ryan. It was a rhetorical question. Dylan was already on his way to the Cannes Croisette.

The evening was shared with the other teams from Ireland, who had completed their entry. We discussed each other’s experiences over a few drinks at the private beach parties. It really added to the whole surrealness of the day.

Thursday: We took it nice and chill that morning after the hectic Wednesday. By chill we mean, we had a nice little lie in, we then got ready and headed down to the Palais. “To the Boulangerie!” demanded Ryan, while pointing in the direction of the bakery and marching off to lead the way.

We met with Katherine at the winners showcase where we would find out if we were to be crowned King and King of Cannes. We grabbed a nice little seat mid row awaiting the announcements. We didn’t know we were nervous about it until the spokesman started talking. At this point I could hear Ryan’s stomach rumble in uneasiness. “And Bronze goes to… BRAZIL! The crowd went wild. “Hmmm” we thought, “if Brazil are third we still have a chance”. “Silver goes to… UKRAINE! “Hmm, interesting” Ryan murmured. With Bronze and Silver announced we thought perhaps, “Could Gold be Ireland!?” “And the winner of Cannes Young Lions Design 2019 goes to… RUSSIA!!!

We were slightly disappointed to have come so far and so close, but we were delighted to see a worthy winner take gold. Later that day we attended the winner debrief, where we learned why these teams placed where they did. This was great to learn, as we knew immediately where our entry fell short. There was also the opportunity to discuss our entry with the judges, and understand what we could have done better.

Friday: We’re not ones to tell tales, at least not usually, so we will be very honest. Friday was a day of relaxation, shopping, food and wine. We had our usual morning feed of pastries. We grabbed a coffee in the Armani Cafe, because if we can’t have notions at least once in our lives, when can we? We browsed a few shops on the way to the Palais. We got our Team Ireland photo, and then, only then did we find ourselves flat out on our beach towels beneath the near 32 degree heat of the sun. “This is mint”, gasped Ryan, as his pasty Cork skin began to toast ever so slightly.

Our Cannes experience has been amazing and memorable, made possible first day through the perfect collaborative opportunity. It was a challenge, one we have never been involved with before. It challenged us to think left of centre. It challenged us to perform as a team. We’d like to thank IAPI, Fairtrade Ireland, JCDecaux and the team at RichardsDee for this opportunity, and for the support both at home, and over the course of the festival.

Regardless of winning or losing, we had this wonderful experience of representing our country through design. We’ll put what we’ve learned into action, and return to Cannes in 2020 looking to learn even more. We’ve returned inspired and are excited to take on the next brief. A brief that will challenge us to design meaningful change. Until then, we’re thinking more, learning more and most importantly, growing more.