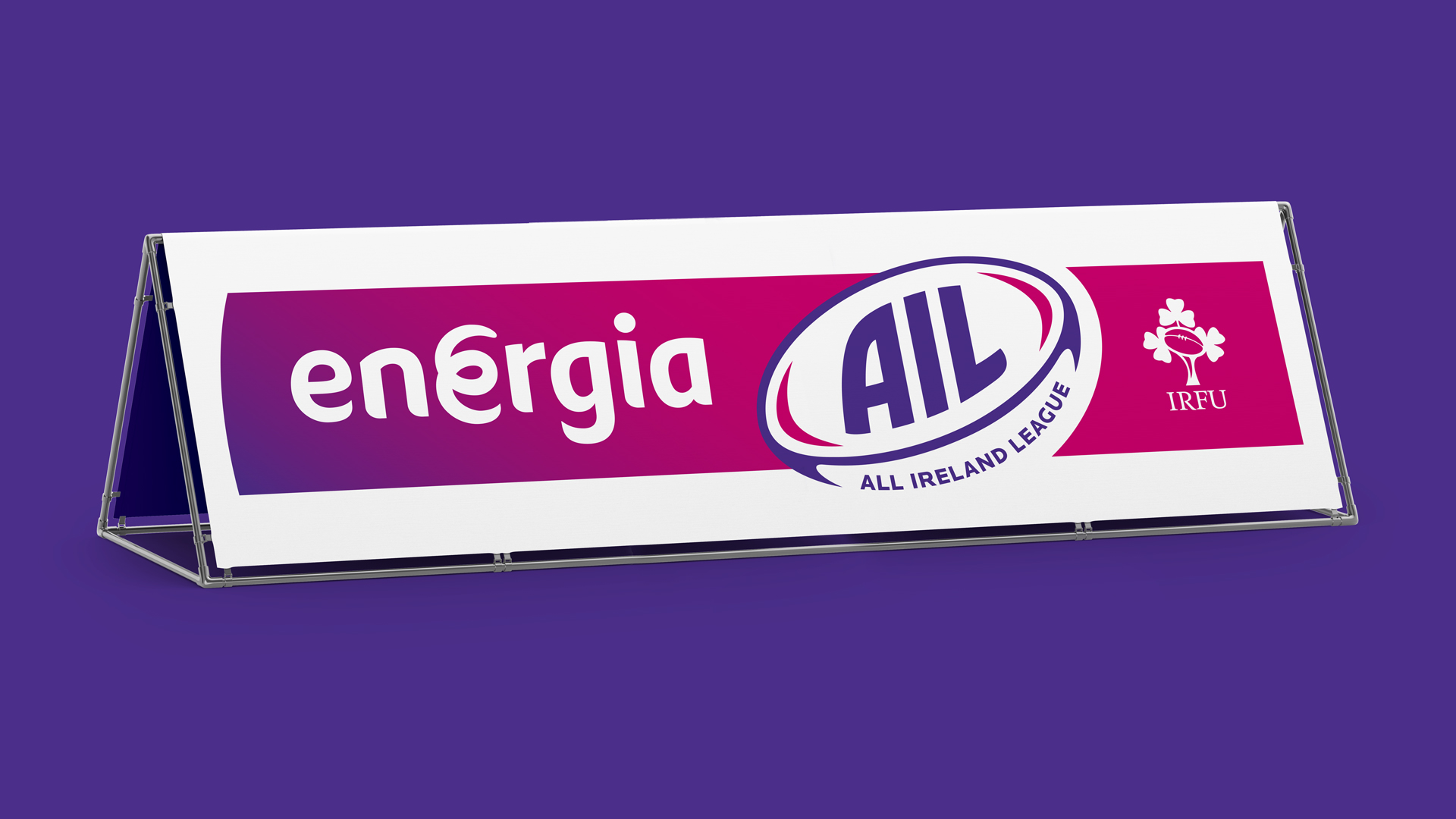 As part of their commitment to being the power behind rugby in Ireland, Energia have announced a new official partnership with the IRFU which includes title sponsorship of the AIL.

We’ve been working with Energia on a wide range of projects recently and were thrilled to work with them to deliver a new identity for the league that encapsulates the energy, passion excitement of the sport.

Comprising 50 , 7 and 16 junior teams from across the island of Ireland, the All-Ireland League is the second highest level of rugby in Ireland. The partnership will also include title sponsorships of the Club International Competition, Bateman Cup and All-Ireland Junior Cup.

Sene Naoupu Mandatory and Devin Toner were on hand to announce the new partnership. Speaking at the launch, Devin Toner said:

I am delighted to see Energia partner with Irish Rugby to help support rugby clubs across the country. Playing for your country begins with playing for your club. For so many players up and down the country the journey begins in their local club. The All-Ireland League gave me the opportunity to be where I am today, doing something I enjoy and representing my country at the same time.

On the new partnership Garry Ryan, Managing Director of Energia had this to say:

“We are thrilled to announce our partnership with the IRFU as official energy partner of Irish Rugby and title sponsor of the All-Ireland League.

It is a very exciting time to be involved with Irish Rugby as they prepare to take on the world in Japan this autumn and we’re delighted to sponsor Irish Rugby from grassroots to the national team. We have an exciting journey ahead of us and we look forward to working closely with Irish Rugby to deliver future success.”