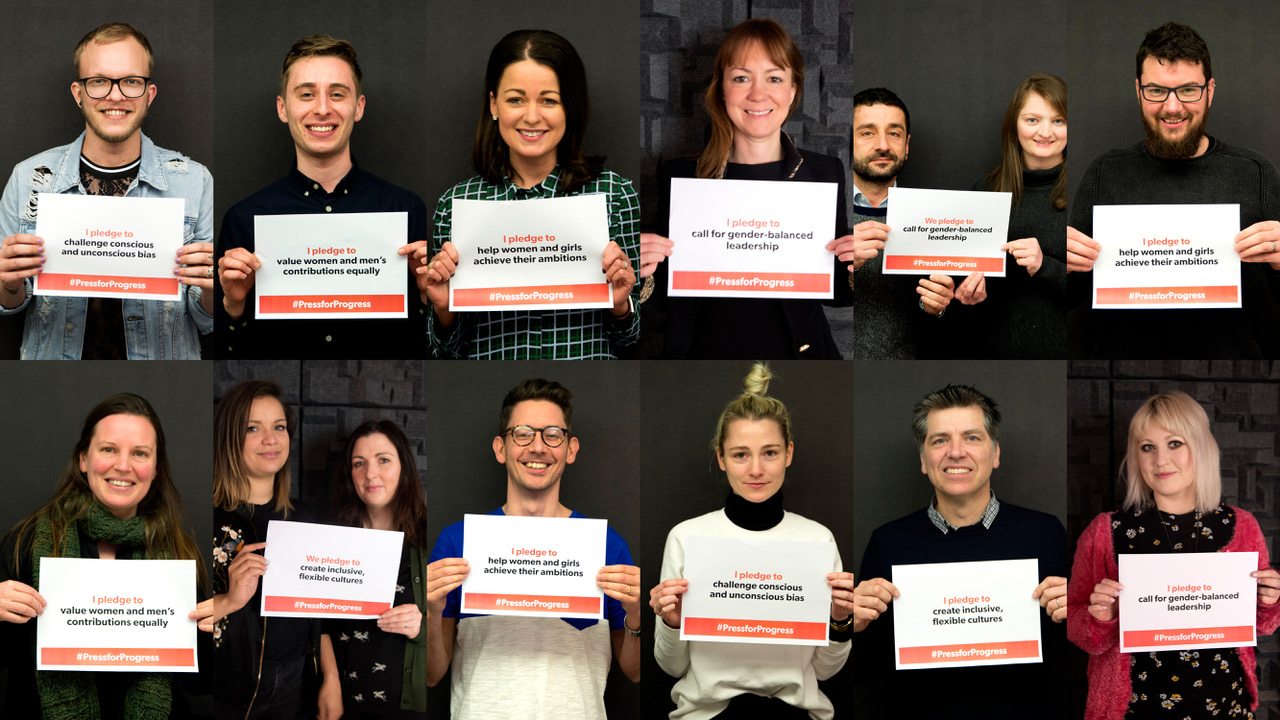 On this global celebration of the political, cultural, social and economic achievements of women, we make our pledges as individuals and as a studio, to each other and to society, to accelerate gender parity. The World Economic Forum’s 2017 Global Gender Gap Report has told us that gender parity is over 200 years away. This morning the Irish Times published another report on the serious under representation of female CEO’s in businesses across our country, yet we know that an organisation with 30 percent female leaders could add up to 6 percentage points to its net margin1 and companies with more women at the top consistently outperform those that don’t.2

It is evident in our own industry, with female leaders unrepresented in creative agencies in Ireland which is why we call for Gender Balanced Leadership and are strongly supporting #WhyDesign, the IDI’s gender balance initiative for the Irish Design Sector.

Shared responsibility and collective action for driving gender parity is what makes International Women’s Day successful and there has never been a more important time to stay focused, motivated and #PressforProgress.

1“New research from The Peterson Institute for International Economics and EY reveals significant correlation between women in corporate leadership and profitability.”