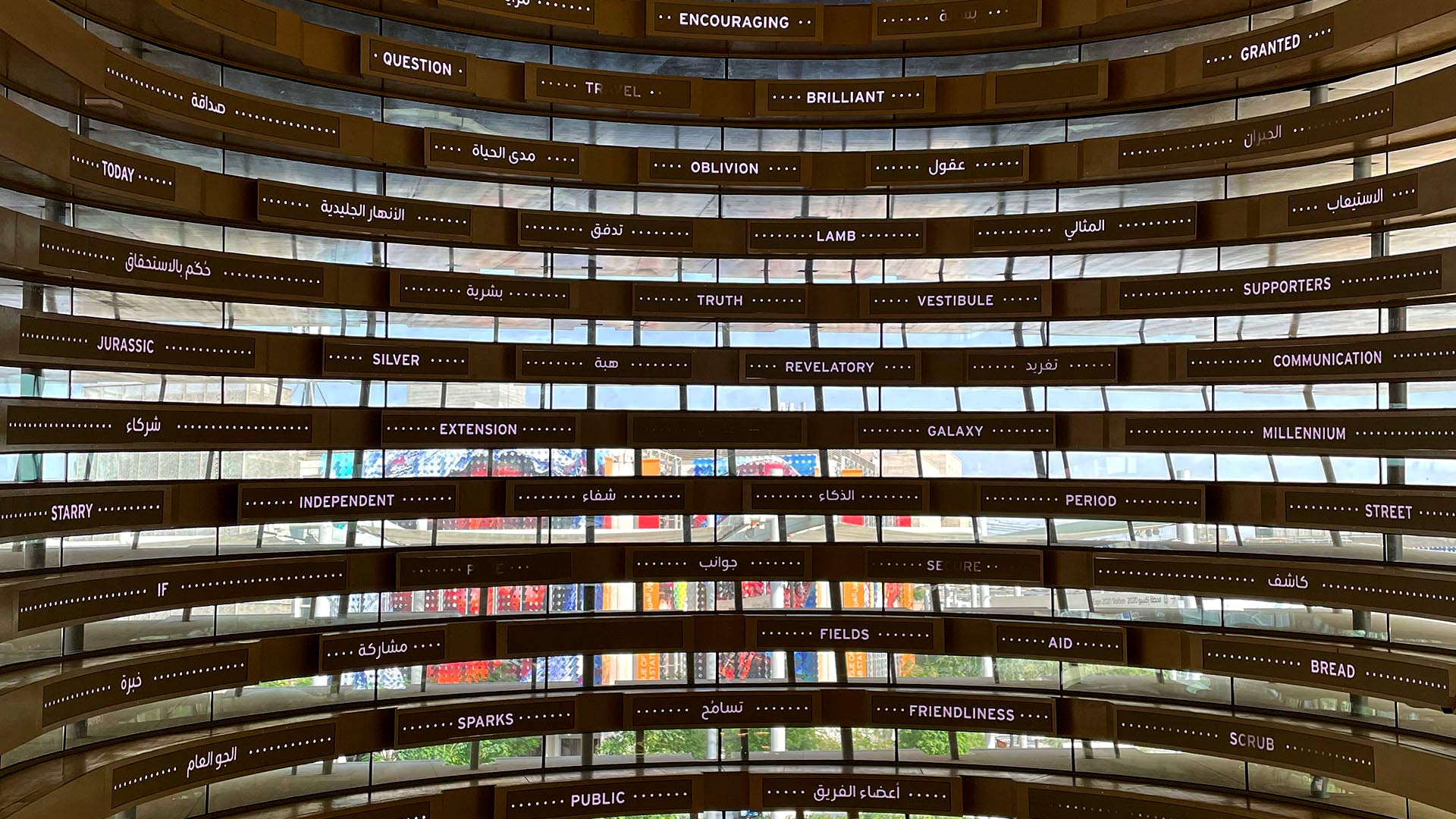 Every four years each nation presents itself in a competition for attention at the World Exposition. After a delay caused by COVID-19, Dubai hosts 2020 World Expo just outside the city, united under the theme of “Connecting Minds and Creating the Future.” The investment in infrastructure and services is typical of Dubai in scale, with expected crowds of 25 million over the duration of the event.

The World Expo is a great place to witness each nation’s branding and what they stand for, as well as providing a nation’s brand with the opportunity to get a sense of its reputation through environment, behaviours, narrative, and services. Stereotypes come alive, national pride can take over, and agendas become apparent. This year’s common themes centred on sustainability, mobility, and opportunity. Yet amidst this future-focus, Ireland was one of the few pavilions taking inspiration from the past, with a story of Ireland as the island of inspiration.

As each country tries to stand out, many build on the strengths of their visual identity assets. Germany and Switzerland were both rooted in colour and shape, while America built on the iconic star, and Belgium took cues from its cartoon heritage. Others looked past their current national identity with brave new ideas, including Austria’s multi-sensorial pavilion, the UK’s striking architecture inspired by Stephen Hawking, and Bahrain’s tightly-woven design visually presenting density as opportunity.

This visuality also helps to communicate the countries’ stories succinctly, even across languages. Visually compelling performances, such as Kazakhstan’s robot hand and dancer, can bring complex technology stories such as human and AI integration to life in a tangible

Inside each pavilion, the fun begins. Large format screens and projection are de rigueur amidst 2020’s offerings, and immersiveness is key. Each country distils and displays its culture alongside their superstar companies which elevate its status. From a bright and atmospheric whirlwind ride through Thailand, to a dreamlike night under the stars inspired by the First Nations peoples of Australia, and America and China competing through the lens of opportunity, seeking to outdo each other in the space race, each country seeks to exhibit progressive attitudes, never forgetting the softer side of power. Visually, it is an unbelievable overload. As a source of inspiration, ideas, and expression, being able to experience the diversity of executions on the same concept in one place is a treat.

The World Expo is a moment in time where a country should define their place in the world by telling the story as to why their nation is worthy of investment and tourism. A number of pavilions lose sight of this. It surprising how many narratives and stories get lost in the architecture and show stoppers. This is not about just turning up with the biggest and brightest. In contrast, the countries that truly stand out are those laser-focused on their themes. Norway’s pavilion centres on the ocean as a resource, while Estonia focuses on their digital lifestyle.

So, what is the purpose of a country at Expo? In practical terms, it’s a balance between business, investment, and tourism. But on a larger scale it’s also an opportunity to connect the stories, values, and visions of each country as a brand. Nations should use the event as a centrepiece to revisit and reinvigorate their brand as a global destination, and take advantage of the event as a launch pad to connect government services, present innovations, and display what makes them truly unique. Although World Expo itself is a bubble, the exhibits and the opportunities they present need to connect deeply to each country at home – this is a missed opportunity. For example, how many people in Ireland know what the Irish pavilion is communicating, has a connection to it or how Ireland is portrayed on a global stage? In this way, each pavilion would go further towards each nations’ branding objectives by acting as a compass to their identity and values.

In short, the World Expo is drama, scale, and theatre personified; a grand showcase of where each country has been and a statement into their future. The crackling energy of aspiration is evident, threaded from pavilion to pavilion and forging impressions of national brands visitors, governments and decision makers will take across the globe with them. It is, quite simply, one of the biggest shows on earth.