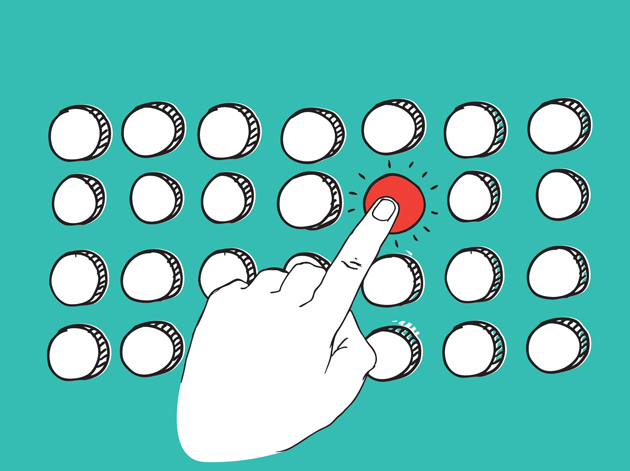 The sheer focus that is put on the big idea is often the reason people struggle with the notion of creativity. Creativity has to have a purpose. It has to be useful and most of all it has to have a point of difference. People often think they want an idea – a really big idea, but what they want is a solution and they are not always the same thing.

Last week I hotfooted it across to London town for a one-day training course focusing on creative thinking and how to approach pitch presentations differently. As both are hugely important in agency life, I was eager to see how the day would pan out.

Both speakers, Gordon Brown of Brain Juice Training & Tessa Morton of The Tessa Morton Partnership, were excellent and inspiring in their own ways, but the one thing that resonated with me the most was the area of creativity and how, in our day-to-day lives, creativity seems to be focused on idea generation.

That’s normal you may say, after all, every agency and his dog claim to be all about the big idea. And yes, it is an important part of the process, but that’s just it. Creativity is a process, not a thing or an innate trait of the gifted few. And idea generation is, and should be treated as, one part of that process, not the be all and end all of it.

The ideal process according to Gordon Brown can be broken down into 3 steps: definition, generation and implementation.

The sheer focus that is put on the big idea is often the reason people struggle with the notion of creativity. Creativity has to have a purpose. It has to be useful and most of all it has to have a point of difference. Ideas that don’t deliver a benefit, inventions that fail to address a need, innovation that leads to a poor result are all too common. It can be an idea, but it often isn’t. Is can be invention or innovation, but again it often isn’t.

People often think they want an idea – a really big idea, but what they want is a solution and they are not always the same thing.

Ask yourself this question: what’s easier to answer – ‘what is 5 x 5?’ or ‘what is the answer to life, the universe and everything?’

Let’s try a little exercise…relax, I won’t be asking for any volunteers through this medium! But I do want you to be honest with yourself at the end.
You have 10 minutes to build a free-standing tower, made from 3 pieces of paper and which at its highest point, is the furthest from the floor as possible. Off you go now…

…Finished? Great, well done. Now tell me this, how many of you reached for the paper straight away (even virtually?) and were rolling and folding the paper to within an inch of its life to explore the options? And how many took time to re-read the exercise and plan how best to approach it? I would suggest that it was the former. It certainly was in the room in London.

And therein lies the point. We are all guilty of not spending enough time defining the problem or the market need, instead we dive straight into idea generation. You may argue, that that’s the fun bit, that’s what the client is most interested in. Both true, and yet the more focus we can put on each step, the more chance we have of successful creative thought and action.

The moral of the story is: no matter how much time you are currently spending defining the problem or need, it’s not enough. If you can crack the definition stage, your chances of hitting the jackpot on the subsequent stages are so much greater.

Define the problem, identify the best idea and implement it well.

I’ll leave you with a little anecdote you are probably already familiar with but one that illustrates the importance of definition. In the 1960s, the Americans had been tasked with putting a man on the moon and returning him safely to earth. When they got into space, they found that their pens didn’t work. The ink simply floated around and refused to come out. To address this issue, it is said that a considerable amount of time and dollars were invested into a project that produced the ‘Space Pen’ – a pen that had a small gas canister to push the ink out – clever idea. On the other side of the iron curtain the USSR had the same problem. Their answer, a pencil, cost zero days and zero dollars of investment.

So to summarise what I learnt: