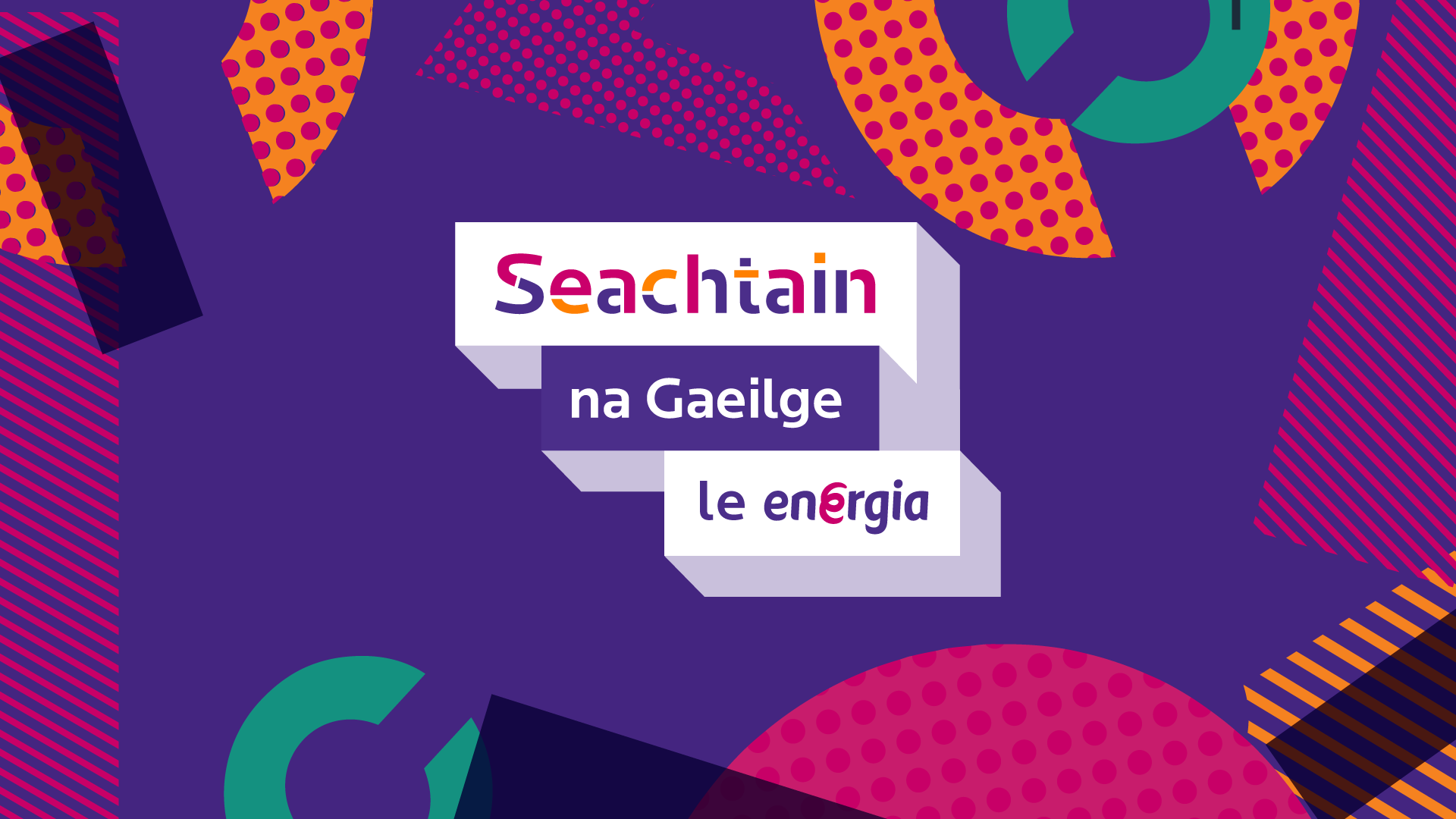 Seachtain na Gaeilge le Energia is the biggest Irish language festival in the world. Taking place each year from 1st – 17th March, the global festival promotes the Irish language at home and abroad, reaching over 1 million people on 5 continents.

We worked with Energia and Conradh na Gaeilge to redesign the campaign identity, creating a fun and dynamic system that was rolled out across key touchpoints.

“In 2020, after three successful years of Seachtain na Gaeilge le Energia, we announced a three year extension of the sponsorship. We wanted to evolve the identity of the festival and the team at RichardsDee played a central role in this process. They guided us through a collaborative development of the brand idea, bringing a fresh approach and contemporary design system to create a new and exciting identity with lots of great suggestions for execution and extension.

The new identity is inspired by the phrase cúpla focal. It’s designed to show how every little bit of Irish you use builds up to create meaningful conversations that keep our language alive. We wanted the new identity to convey how the festival is an opportunity for everyone, fluent speakers and beginners alike, to practice and have fun with their native language.

So, this month go ahead and úsáid do theanga agus bain triail aisti — use your language and surprise yourself!