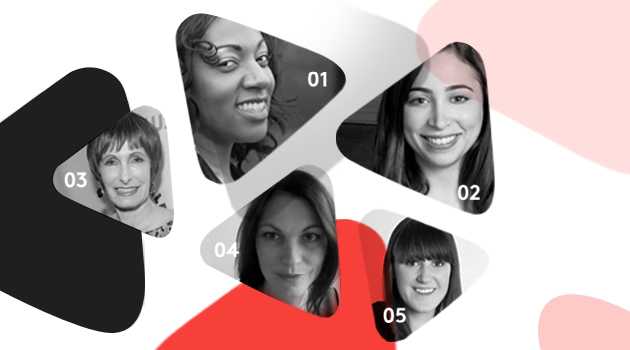 Tuesday, November 4th marks the start of one of the biggest events in tech on the planet, the Web Summit. We are beyond excited to mix, mingle, observe and party with some of the most exciting entrepreneurs of our times. It will be a week where work is replaced with creativity, ideas, originality and ambition. It will be a week that’s right up our street.

Tech is a traditionally male dominated space and the conversation about women’s roles and place in the tech community has been been a hot topic the last few years. Again this year, the Web Summit launched an initiative to change the ratio of men to women and encourage equality in the industry by giving away €250,000 worth of free tickets to female developers, designers and founders.

The Women’s Leader’s lunch has been another successful initiative however some may counter that men are a central part of the solution and given the power they still yield in tech, they should be continuously encouraged to spear head gender diversity and encouraged to participate in, rather than be isolated from, conversations.

In Ireland, we can boast many outstanding females who lead international tech companies including Sonia Flynn, Managing Director of Facebook Ireland, Louise Phelan, VP of Global Operations EMEA for PayPal and Cathriona Hallahan, Managing Director Microsoft Ireland to name a few. However with a gender gap that doesn’t look likely to close anytime soon, we are using this post to shine a light on and celebrate some of the great women that will be speaking at the Web Summit this week.

Here is our top 5 female speakers at the Web Summit…

Cathryn Posey is the founder of Tech By Superwomen, a movement she started to elevate and celebrate women in tech in 2011. Aside from being an international speaker, she is recognized as an authority on issues impacting women in technology.

Why are we excited to see Cathryn?

In conjunction with women like Sheryl Sandberg, Cathryn Posey is at the forefront of a movement that challenges the tech establishment and urges women to push themselves into spaces that they were once not welcome/expected to gravitate towards (and pushing men in tech to see the value in this), while educating them how to navigate gender gaps and stereotypes that they may encounter. We love that she’s effectively supplying a kit of parts that empowers and inspires women to succeed and thrive in the tech world.

Ayah is the creator of littleBits, an award winning kit of pre-assembled circuits that snap together with tiny magnets that has been dubbed “LEGOs for the iPad Generation”. She is also founder of Karaj, Beirut’s lab for experimental art & architecture and last year was named by CNN as one of the top 10 Startups to watch in 2013.

Why are we excited to see Ayah?

Ayah has succeeded in making science and engineering accessible, fun, creative and social for people of all ages, from all disciplines. The concept behind littleBits, is empowering, exciting and leverages the creative power of a community of makers, eager to learn and share their ideas and inventions in a space free of jargon/tech speak.

In 1982, at just 27 years old, Gale formed her own production company, Pacific Western Productions and went on to produce a number of massive movies including The Terminator (1984), Aliens (1986) and The Abyss (1989). She has been celebrated many times, and in 1998 was awarded the Women in Film Crystal Award for helping to expand the role of women within the entertainment industry. Most recently she produced the 2010 The Walking Dead.

Why are we excited to see Gale?

We’re hoping to hear Gale’s views on how the entertainment industry has changed from her early days as a producer, and what benefits (and challenges) the accessibility of digital media of today has brought. It will be also interesting to hear whether she really is a die hard Arsenal FC fan!

When Antonia was appointed Global Head of Digital Marketing at Pernod Ricard, her vision was ‘Shifting Digital Marketing and taking it to the next level.’ Since then her focus included thinking people first vs. brand or touch point. In the past year, her team has placed huge focus on creating great social experiences for people in both the physical and social worlds, always delivered in an upbeat and positive way.

Why are we excited to see Antonia?

Within four months of starting in Pernod, Antonia set up the digital acceleration task force  recruiting 80+ ‘digital champions’ from within the group. We’re interested to hear how a diverse group of people from legal, commercial development, finance, marketing and sales have collaborated to proactively encourage the adoption of digital within the company.

Iseult started FoodCloud while in her third year at Trinity College Dublin. The idea was born out of the realization that there are 450,000 people in Ireland who suffer from food poverty, while at the same time there is over one million tonnes of food wasted each year. The result of this wastage means that Ireland ranks among the top 5 wasters of food in Europe.

Why are we excited to see Iseult?

Social entrepreneurship is a fascinating concept and one that we believe will have an increasing and fundamental impact on our world during this Internet Century. FoodCloud is not only one of the most exciting organisations in this space but it is also run by two very inspiring Irish women.

We hugely admire social entrepreneurs like Iseult in RichardsDee and are desperate to see more tech startups that are powered by idealistic optimism and who are ready to tackle the great social issues of our time.

Celine Dee is a co-founder at RichardsDee, Dublin’s expert Branding & Design agency. Check out our work with Tech Startups